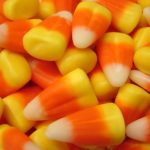 It's that time of the year again, when all of the local goblins dress up and attend the Halloween stroll downtown. Where else can you go, where they close down a highway in order to celebrate Halloween? This event is for kids of all ages and this town has some serious creativity when it comes to clever costumes. Even if you don't dress up, it is super fun to attend.

In real estate news, September was an active month especially for the higher-end sales. Melissa Gibson from Land Title reports:"September was another great month in Routt county with 179 Transactions and $92.6M in Gross Volume.  That is the 3rd largest Gross Sales Volume month we have seen in 9 years!  Attributing to those numbers were 23 sales over $1M!   It is great to see all those upper-end transactions since that part of the market was a bit soft over the summer.

Cheers and have fun out there!